Black grouse, Lyrurus tetrix, male arriving at its lek, Orrbole, Vasterbotten, Sweden
Black grouse cocks gather in springtime at “lek” or display sites, many of which have remained
in use for centuries. Typically found on moors, bogs or ice-covered lakes, the males display by strutting their black-and-white fanned tails and uttering an otherworldly combination of bubbling
and wheezing. The males who impress the females the most will get the chance to mate. The call
from the black grouse’s springtime rituals is one of the most evocative sounds of the northern
boreal forests. In earlier times, grouse were mainly seen as game birds, but in several places they
are now becoming much more valuable alive, as ecotourism attractions. At lek sites, such as the one where this picture was taken, local tour outfitters now offer comfortable hides, where visitors can watch the birds up close without disturbing them. One of many new ways of creating business, jobs and income from wildlife still alive. 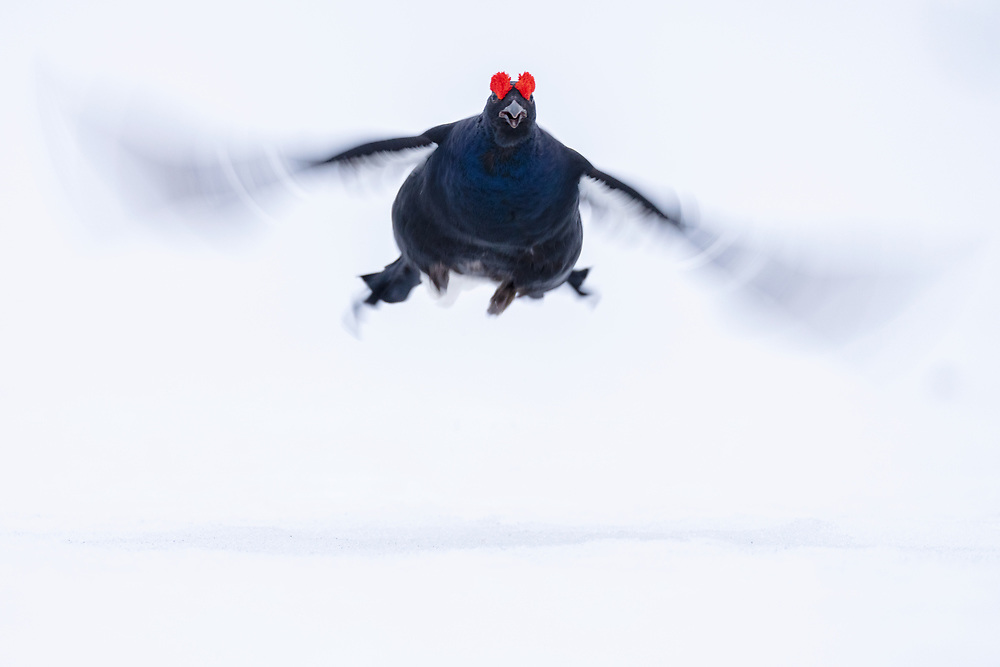